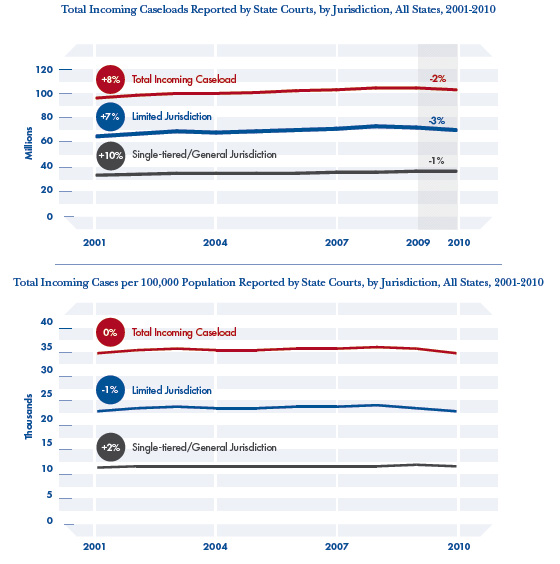 Despite overall increases since the benchmark year of 2001, each of the indicators for total incoming caseloads declined between 2009 and 2010. Limited jurisdiction courts—in which most of the declining traffic caseloads are processed—showed an aggregate decrease of 2.1 million cases, or 3 percent, from 2009. The decrease in courts of general jurisdiction was less apparent, falling by about 428,000 cases (-1%).