Number of Cases per Judge Edged Down Slightly in 2010 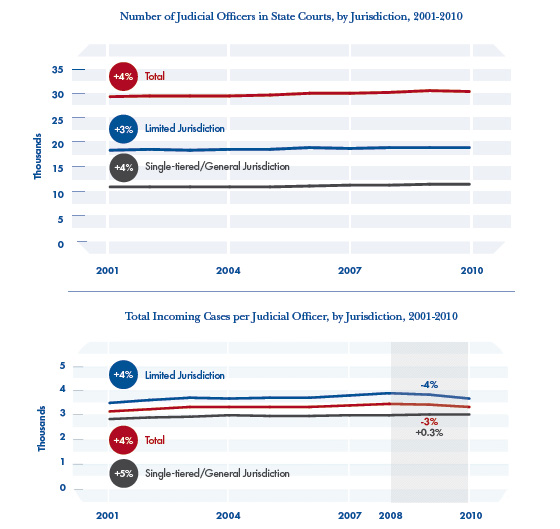 The first chart shows the total number of judicial officers reported by state courts for the last 10 years, with an overall increase in judicial officers over this period. However, after 9 years of increases that averaged about 110 judicial officers per year, general jurisdiction courts lost 60 in 2010 and limited jurisdicition courts gained just 2, for a total net decrease of 58 for 2010.